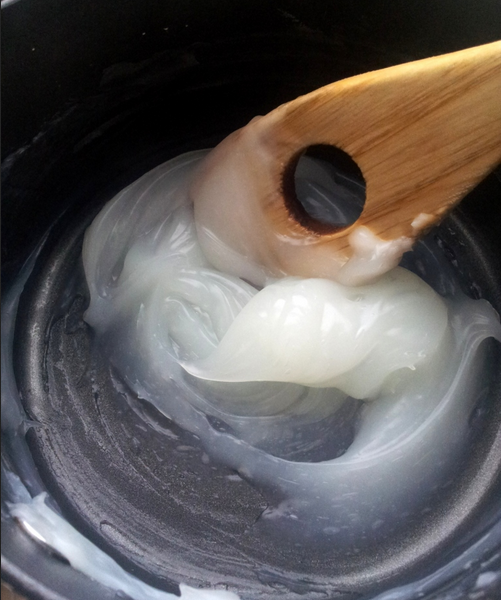 Is it possible to save some money by making your own glue from kitchen ingredients? Is it as good as store bought? Let’s find out!

So I go through glue like nobody’s business, even though I water it down. When I’m working on a big project, I sometimes have to pause and wait for payday so that I can get mooooooorrrrrrreeeeee glue. I got curious about DIY glue, and wanted to see if I could make my own, and if it was as good as the PVA glue I usually use.

At some point last year, I tried making cornstarch glue. I honestly don’t remember which website I found it on, but here’s the recipe:

You cook the corn starch and water in a sauce pan over low heat, stirring constantly to avoid lumps. When it starts to thicken, beat vigorously until it turns gelatinous Remove from heat, add vinegar, stir some more, and store in the fridge.

The result is something more like a paste than a glue – it definitely works to adhere one thing to another thing, particularly when you are working with paper or cardboard. But I didn’t love it – I kinda wanted glue. So I tried again a few months ago.

This is basically the exact same process, but you use flour and sugar instead of corn starch. I followed the recipe and instructions in this video (I like this video – she gives great instructions and demonstrates how well the glue works afterward).

Again, you cook it over low heat and stir like crazy the whole time.

And again, I felt like this was more like a paste than a glue. It works really well to adhere things together, and is great for the structural stages of paper mache or cardboard construction.

I think what I miss when using these homemade glues is the viscosity of PVA glue. When I want to position something exactly, regular glue has those few moments where you can slide things against each other – there’s a couple of minutes before it sets where you can really wiggle something into just the right spot. These pastes don’t have that viscosity. They are also wetter, which has more of an affect on delicate papers, and they dry with a frosted-type of film rather than hard and clear. So far, for me, DIY glue is not as good as store-bought.

There are about a million recipes for DIY glue online, and most of them follow this formula – cook a starch with some water until it forms a gel/paste. But there is a lot of variety, and recipes that include things like gelatin and corn starch, which may improve the viscosity.

I will probably keep making these cornstarch or flour glues for the early, construction stages of products, and opt for store bought glue for the visible, finishing stages. But if you have an awesome recipe for DIY glue, PLEASE send it my way! 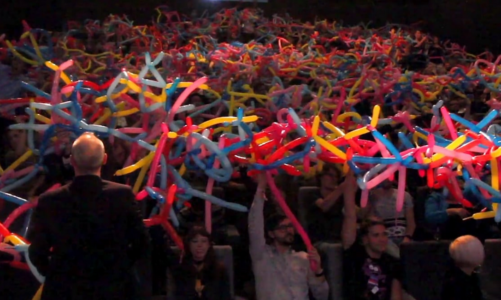 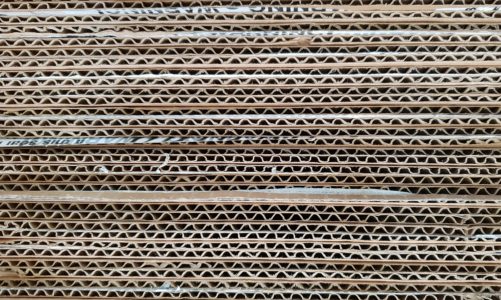 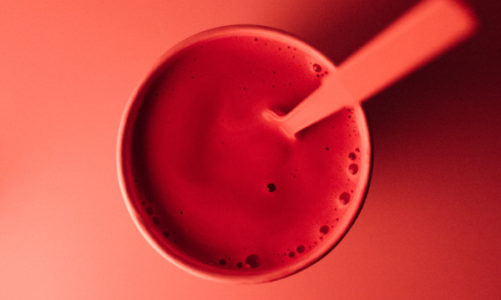 DIY and Recipes How-Tos and Tutorials